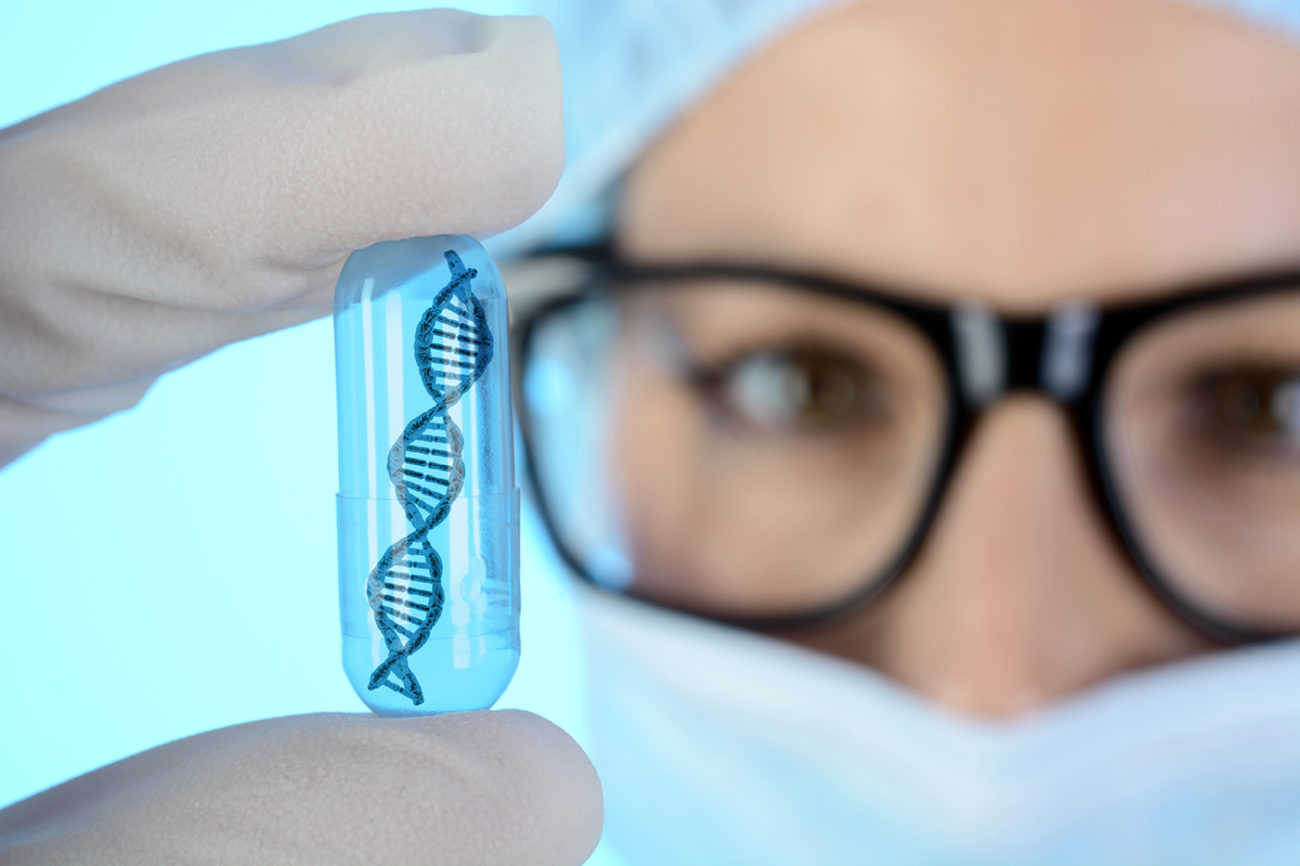 Like the burning of a fuse, telomeres at the ends of our chromosomes steadily shorten every time a cell replicates itself.1,2  A study from The Lancet evaluating telomere length on a group of individuals age 60 and over found that those with shorter telomeres had a 3.18-fold higher mortality rate from heart disease and an 8.54-fold higher mortality rate from infectious disease.3  Telomeres, which are made up of repeating units of DNA sequences, hold the key to biological aging.4  Once telomeres reach a critically short length, further cellular replications are prevented, leading to aging (senescence) of the cell.1,2,3.

These senescent cells eventually accumulate or die. Senescent cells no longer contribute to active tissue maintenance.1,2  In fact, telomere length has become useful as a biomarker of cellular aging.4-7

Studies show plenty of triggers that accelerate telomere shortening, including oxidative stresses, inflammation, and obesity.1,8  Shortened telomeres are found in people with age-related disorders such as cardiovascular disease, diabetes, neurodegeneration, and osteoporosis.9,10  Not surprisingly then, the search is on for ways to preserve telomere length in normal cells, with the aim of sustaining cellular youth and healthy functioning.

Cells naturally contain an enzyme called telomerase, which adds new DNA to the ends of telomeres, helping to keep them long enough to support cellular activities.11  In the past few years, scientists have accumulated an impressive array of evidence showing that one way of supporting healthy, long telomeres is to get an adequate intake of vitamins.4,11-14  There is now intriguing evidence demonstrating how supplemental vitamins can preserve telomere length and sustain more youthful cell functions.

Vitamin D has become known as one of the most versatile of nutrients.10 Vitamin D receptors are found on cells throughout the body, suggesting that still more functions await discovery.17  Recently, a molecular link was found between vitamin D and DNA repair an action required for maintenance of telomere length.18  Higher plasma vitamin D levels have been associated with longer telomeres.19  These findings have triggered other studies of vitamin D and its role in telomere function. Patients undergoing hemodialysis for kidney failure have both decreased telomere length and lower vitamin D levels compared with healthy controls.12  Dialysis patients treated with vitamin D3 were shown to have longer telomeres than untreated patients, potentially explaining the beneficial health effects of supplementation in these individuals.12  In a more generalized study, vitamin D supplementation in a group of overweight Americans, at a dose of 2000 IU/day, increased subjects’ telomerase activity by more than 19%.1  This finding suggests that vitamin D plays an important role in supporting telomere lengthening and as a result has antiaging potential.

Studies of vitamin C demonstrate that telomere shortening can be reduced by up to 62% on untreated controls in cultures of human blood vessel cells.20  The result was an extension of cellular lifespan, and reduction in physical changes associated with cell aging. This in turn was associated with sharp reductions in cellular free radicals.20  Near-identical results have now been shown in cultures of human heart-muscle cells, demonstrating that vitamin C can work to slow cardiovascular aging by preserving telomere length.21  A demonstration of the value of vitamin C’s role in aging-deceleration was provided by a 2016 study of cellular model of Werner Syndrome, a premature aging disorder.22  After testing numerous compounds for their ability to slow the rapid aging, scientists identified vitamin C as the most efficient “rescue” for many premature aging characteristics of the cells.22  Treated cells showed longer telomeres, reduced secretion of inflammatory cytokines, and improved integrity of their cellular nuclei, all features of younger cells. In a mouse model of Werner Syndrome, vitamin C rescued aging cells from premature death by altering expression of genes involved in the maintenance of DNA integrity.22

Vitamin E comes in a total of 8 different forms, four each in the tocopherol and tocotrienol categories. Alpha-tocopherol, one of the most-studied forms of vitamin E, dramatically slows age-related telomere shortening, even in the presence of powerful oxidant molecules such as hydrogen peroxide.13,14  This has been proven to result from a tocopherol-induced increase in telomerase that persists even into middle-aged cells.14  Similar results have been shown in cells treated with gamma-tocotrienol, which not only prevented telomere shortening but also enhanced the viability of older cells in culture.23  Incubating aging human cells with a tocotrienol-rich formulation reversed the aging-induced structural changes to cells to the point that they resembled younger cells, with less DNA damage and more cells ready for fruitful replication.24  Here again, the effects were attributable to increased telomerase activity.24

A study measured telomere length in humans given fish oil supplements. The results showed that reducing plasma levels of omega-6 fats coupled with increased omega-3s (from fish oil) resulted in an increase in telomere lengths.27  The scientists attributed this telomere length increase to reductions in inflammatory cytokines and oxidative stress brought on by higher levels of omega-3s in relationship to pro-inflammatory omega-6s. Omega-6 fats to limit include corn, sunflower, and safflower oils, along with arachidonic acid found in red meat and egg yolks. Olive oil, rich in monounsaturated fats, should be substituted for omega-6 oils whenever possible. Dietary sources of omega-3s include coldwater fish, walnuts, and flax seed. In this human study where telomeres were lengthened, scientists used between 1,250-2,500 mg of EPA/DHA fish oil daily to boost omega-3 plasma levels in relation to omega-6s.27  Life Extension recommends 2,400 mg of total EPA/DHA daily.

Carotenoids are yellow pigment molecules closely related to Vitamin A. Their molecular structures promote their powerful antioxidant actions, though they also appear to have other effects. Studies show that older people with higher plasma levels of the carotenoids lutein and zeaxanthin have significantly longer telomeres than those with lower levels.25  In people 20 years and older, a doubling of blood levels of alpha-carotene, beta-carotene, and beta-cryptoxanthin was associated with 2% longer telomeres.7  Those with the highest carotenoid levels had telomeres 5% to 8% longer than those in the lowest category.7  Intake of the carotenoid nutrients is also closely associated with longer telomeres, although this effect may depend to some extent on genetic factors related to carotene metabolism.26

While aging is a many-faceted process, a clear-cut biomarker for aging at the cellular level has been found in measurements of telomere length. Shortening telomeres accelerate cellular aging, but nutrients that promote telomere repair and sustain telomere length have proven health benefits. In recent years, we have learned that even common vitamins can have dramatic impact on the lengths of the telomeres in our cells, thereby powerfully decelerating aging at the cell, tissue, organ, and whole organism levels.

Key Mechanisms of Cancer, Aging an... 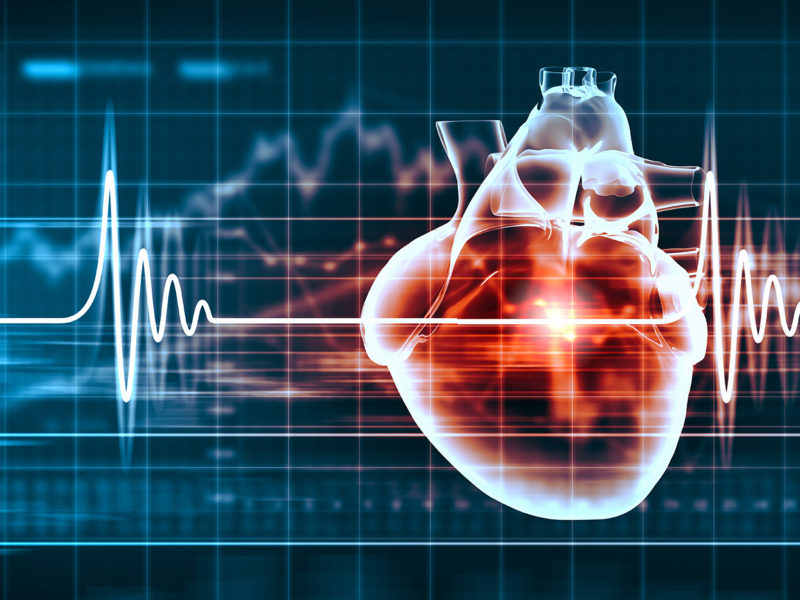 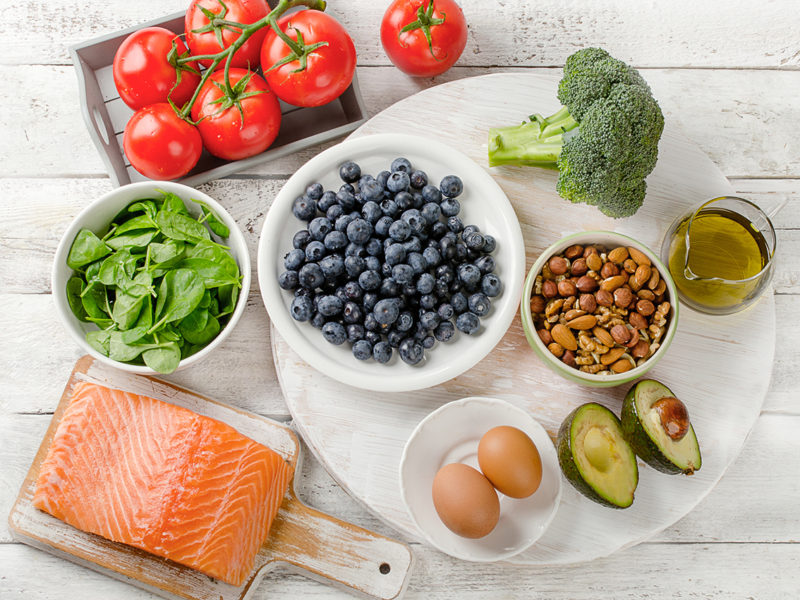 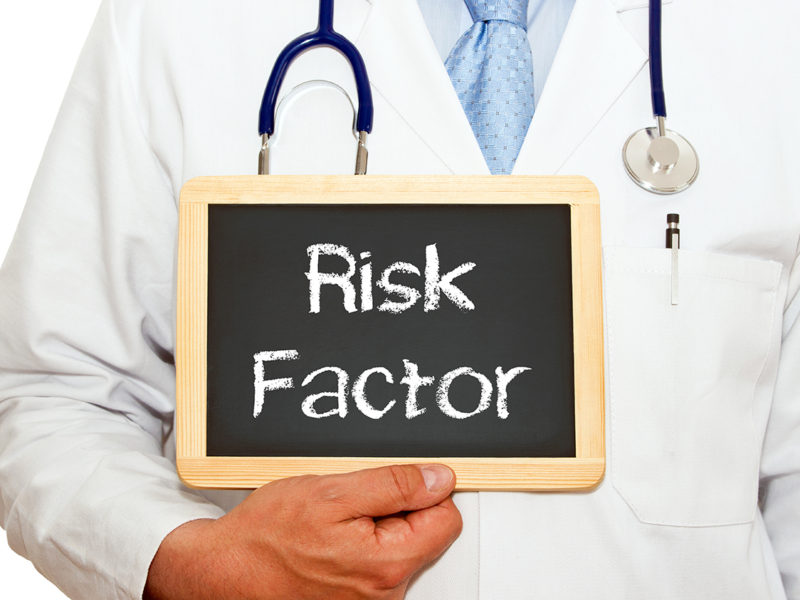